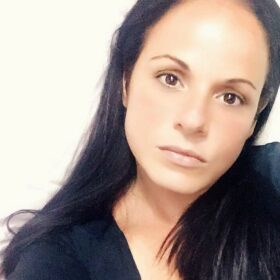 Daphne Ewing-Chow is a well-known and widely published Caribbean journalist with a passion for the environment and food systems. She is an active contributor to a wide number of global publications including The New York Times, The Sunday Times (London), the International Monetary Fund (Finance & Development Magazine) and Forbes. She has also been a speaker at a variety of international events, representing organizations such as the World Trade Organization and the United Nations. As a Senior Contributor with Forbes in the areas of food, agriculture and the environment, she focuses on Caribbean development through the lens of sustainability.

As a communications specialist and food systems expert, Daphne has managed communications for climate change projects at the Food and Agriculture Organization, one of which is ongoing, and recently judged the $3 million Zayed Sustainability Prize in the United Arab Emirates as well as the Rockefeller Foundation’s $2 million Food System Vision Prize. Daphne currently heads up a content team at Loop News in the Cayman Islands and was the former Editor in Chief of Living Barbados Magazine. She also served as President of Thomvest Ventures Limited between 2012 and 2017. Daphne holds a Master’s Degree in International Affairs with a speciality in International Economic Policy from Columbia University in New York.

A partner in sustainability: Building a clean and resilient Cayman in a post-Covid world