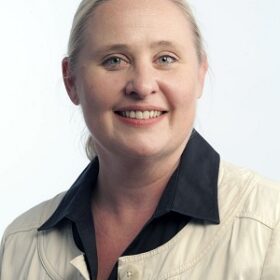 Jeane has worked in the Bermuda Public Service for the past eighteen years in various capacities, having begun in architecture and facilities management.  She is Bermuda’s first Director of Energy and now has an expanded portfolio that includes telecommunications, space and satellite.  During her time with the Department, the Energy team produced the Energy White Paper 2011, a National Electricity Policy in 2015, the Electricity Act 2016, the National Fuels Policy 2018, and migrated the responsibility for the regulation of electricity to the Regulatory Authority in 2016.

The Energy Team is also in the process of ensuring that its first utility-scale solar PV project, 6 MW at the LF Wade International Airport,  continues toward completion, scheduled for later this year.  Jeane is a graduate of Barnard College of Columbia University and holds a Master’s Degree in Architecture from the University of Pennsylvania.